How to Prevent Packet Loss when Gaming 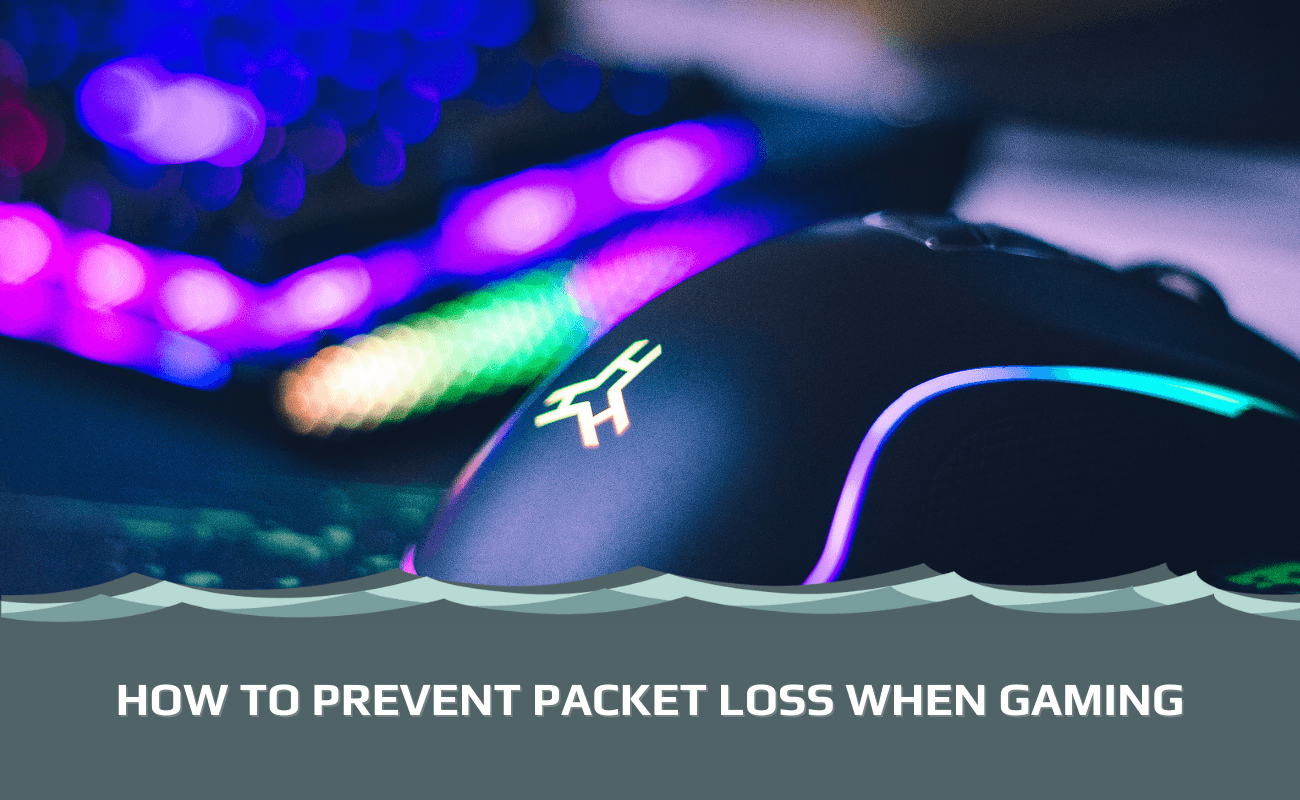 Imagine you’ve been waiting all day to sit back and relax with your favorite game for some much-needed downtime after a long workday. However, instead of a smooth and enjoyable experience, you might experience lag, freezing, or even get kicked entirely out of the game.

The above are all effects of packet loss. When gaming, packet loss is one of the greatest annoyances as it seriously disrupts gameplay and turns a usually fun experience into a frustrating and stress-inducing time.

What is Packet Loss?

If you’ve never heard of packet loss, you’re not alone. Packet loss is a relatively new term used to describe data packets that get lost while in transit. When you do anything online, your action is split into tiny data packets that are individually sent to the target destination before coming together with the other units of data.

So, when you game, every small action you take is split into smaller data packets and then sent to the gaming server. However, if some of these data units are lost in transit or take long routes via multiple servers to reach their destination, it is known as packet loss; this is what can cause glitches while playing online games.

Packet loss doesn’t just affect gaming performance. There are many other ways that packet loss presents itself, such as interruptions during video conferencing and voice calls on VoIP services.

What Cause Packet Loss in Games?

There’s no denying that the effects of packet loss during gaming are highly annoying, and the best way to fix packet loss is by first finding out the root cause. Here are the main reasons for packet loss:

Is Packet Loss Bad in Gaming?

Packet loss is extremely bad in gaming. If the network packets of data carried are lost or take too long to arrive at their destination, this causes many issues, from glitches to lag or even being wrongly kicked out of the game.

It isn’t just gaming that suffers from packet loss; it can cause longer download times on torrent platforms, longer load speeds on remote sites over long-distance internet connections, and interruptions on VoIP calls.

So, for an overall good internet experience, especially when gaming, it is vital to constantly monitor packet loss so that you can fix network packet loss if and when it occurs.

How to Check for Packet Loss?

How Do I Fix Packet Loss in Games?

Now that you know the causes, you can fix packet loss when gaming. Here are our top tips for fixing packet loss.

Although it sounds unlikely, 100% packet loss can occur and is a bad situation to be in. With 100% packet loss, you’ll be unable to use the internet since communication between your device and the other devices is essentially not working.

Fortunately, by following the tips above, you can overcome packet loss and enjoy a smoother gaming experience.