How Does a VPN Protect You? 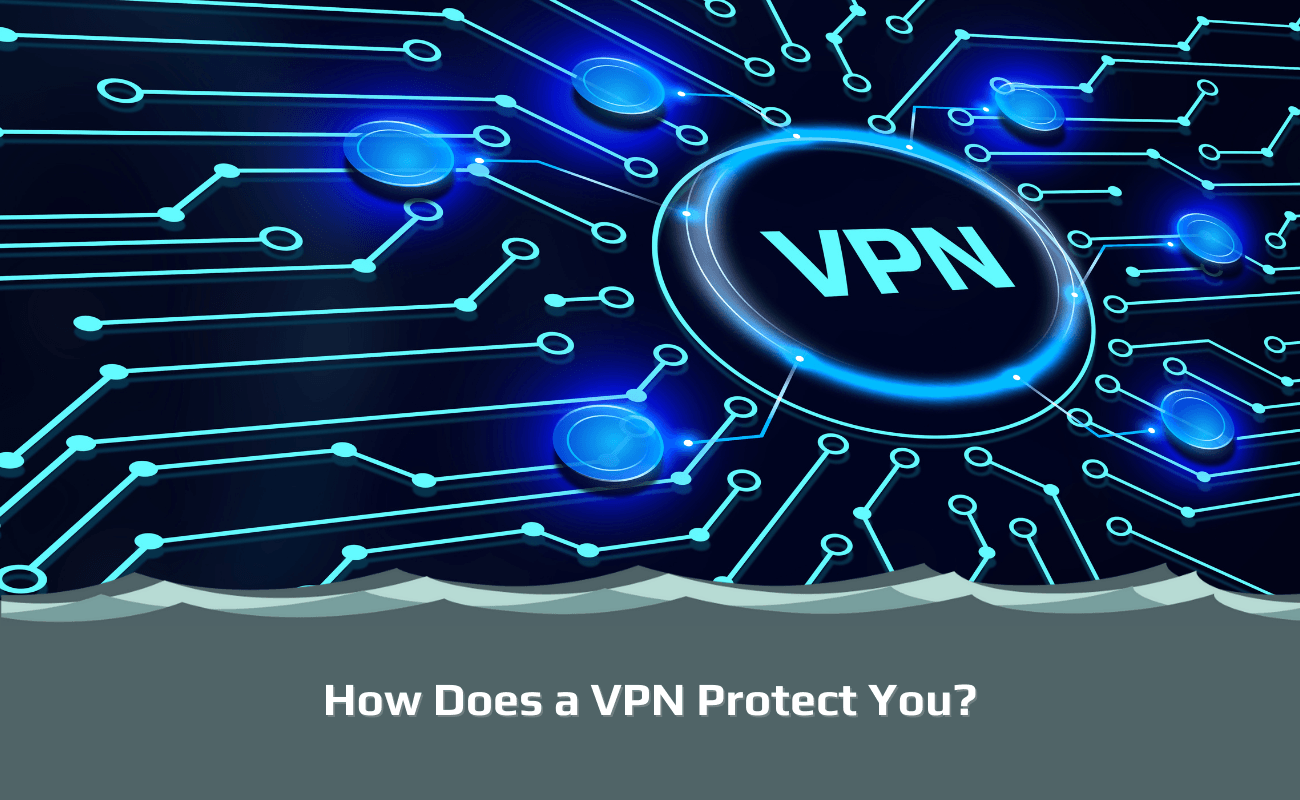 The internet is a great tool that has made the world a much smaller and more connected place. It’s also made it easier to access information, communicate with people from around the world, and share ideas.

The internet can be excellent for personal growth and development but it can also bring about dangers such as your privacy being at risk of violation. Many things on the internet are completely legal yet there are many other things that could have serious repercussions if they were found out about by others such as employers or family members.

In this blog post, we will discuss how a VPN protects you to help you understand why a VPN is extremely necessary for this day and age.

What Are the Ways a VPN Protects You?

There are various ways a VPN protects internet users. Let’s take a look at the most important ones:

VPNs encrypt all the users’ internet activity so that it is not visible to anyone else. This includes their IP address, internet traffic, and browsing history.

VPN services also offer an increased amount of security online by incorporating additional protocols into the mix such as OpenVPN or SSTP. This makes VPN connections extremely difficult (if not impossible) for hackers to crack due to their high level of encryption with 256-bit AES standards along with RSA 2048 key and HMAC SHA-512 hash authentication.

Protect users from being tracked online

VPNs protect internet users from having their actions monitored by those who are trying to track them down such as their ISP or government agencies that want to monitor and control web traffic. This is done via a mix of factors including location spoofing methods so it appears they’re somewhere else other than where they actually physically are and hiding behind dynamic IP addresses which constantly change every few minutes.

Many people using free Wi-Fi at cafes, airports and other types of public places are prime targets for hackers because they’re easier to access. A hacker can set up a hotspot nearby that looks similar to the same free network you may be trying to connect with but it’s really fake so anyone who connects will have their data easily accessible by unauthorized third parties.

VPN services are able to prevent this type of security breach since all incoming connections go through them first before being allowed onto your device which is why these types of attacks aren’t very common.

These are just some of the many ways in which a VPN protects you. There are other factors outside of these that help make using a VPN service more secure but the list above covers some of the most important aspects to look out for when picking one.