What Types of Encryption Does a VPN Have? 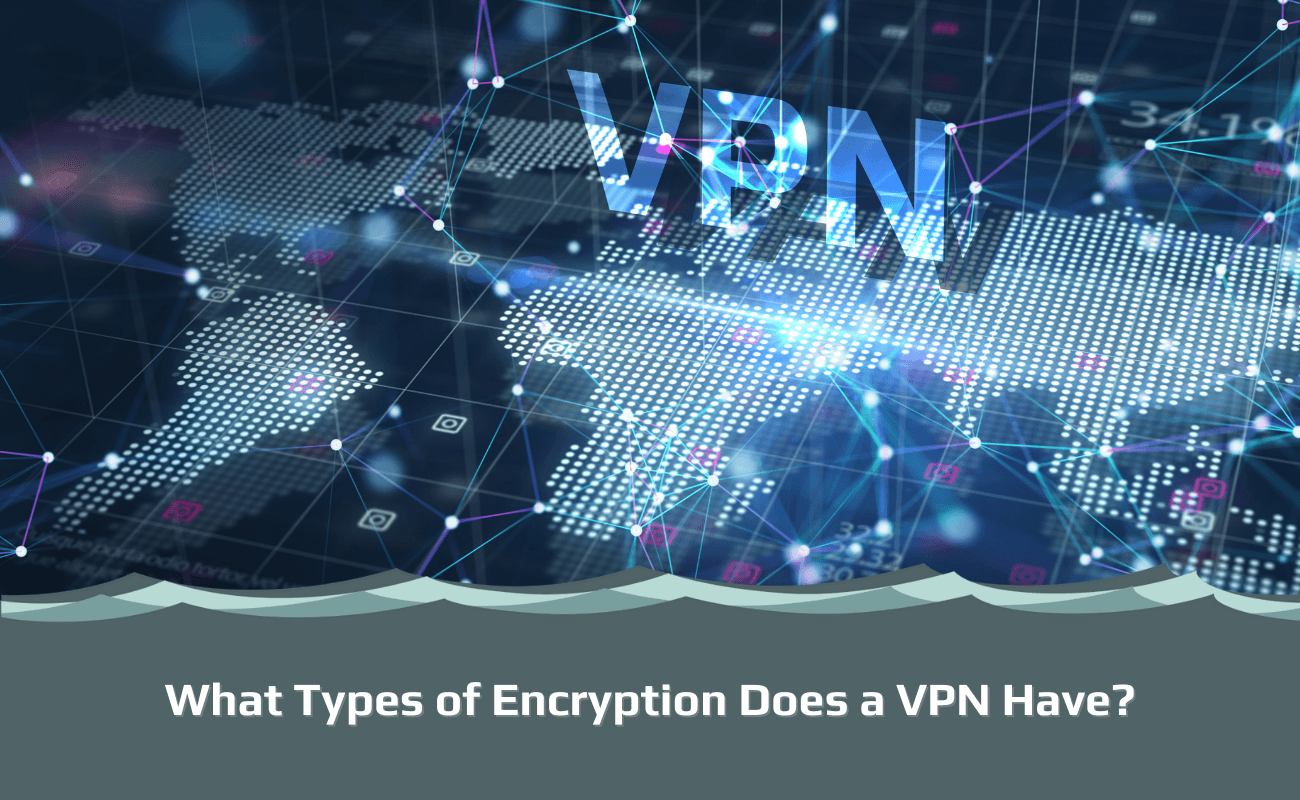 The best VPNs offer different types of encryption to protect your data. Encrypting your data brings about many benefits, namely that it helps hide your browsing data to ensure that this is not shared with third parties around the world.

This blog post will discuss the two main types of encryption that are offered by most VPN services, AES-128 and AES-256, as well as what they do for you.

Encryption is when you turn a piece of data into another form, in order to hide its contents from anyone who might come across it. This can be done by using a special key that only the sender and receiver have access to in order to decipher what’s going on under the hood.

What is AES Encryption?

AES stands for Advanced Encryption Standard. It is a form of encryption that turns your information into another format, which allows it to be transmitted securely over the internet or other network systems.

The data that you send will get encrypted and if someone were to see this data in its original form they would not be able to make any sense of it. Once the receiver gets access to the key used to encrypt this data they can use their system’s decryption process in order to decrypt (undo) what was done before by deciphering (decoding) the data.

What is the Difference Between AES-128 and AES-256 bit Encryption?

AES encryption can come in two different versions, 128 and 256 bits long. The longer the key used for encrypting your information (i.e., AES-256) the more secure it will become. This is because it would take a computer much longer to decrypt said information through brute force decryption methods. Brute force methods consist of trying every possible combination of keys until one works or an error occurs telling you that no such key exists and there’s nothing further you can do here.

Most VPN services offer both 128 and 256 bit AES encryption options, while some also have other forms of encryption offered too.

What Encryption is Best for Fast Speeds?

Encryption is known to sometimes slow down your internet connection, simply due to the process taking up more data and therefore affecting the speed at which commands are sent over the web. With that being said, you can try to get faster speeds by using AES-128 bit encryption over AES-256 bit encryption. This is because AES-128 bit encryption is faster than AES-256 which means that your data will be encrypted and sent to the recipient at a much faster rate.

Should I Use a VPN without Encryption?

We don’t recommend using VPNs without encryption as this will make your data completely open to anyone who is able to intercept it. This should be avoided at all costs, especially if you are using a public Wifi hotspot or other untrusted networks which could put your private information in jeopardy.

Do I Need to Encrypt Data on My Home Network?

Using a VPN is recommended if you want to encrypt your data and ensure that it isn’t misused. This is because once the information leaves this device without protection, there’s no way of knowing who might be using this information for their own personal gain.