What Does Your ISP See when Using a VPN?

By Madeleine Hodson in VPNPublished: November 12, 2021 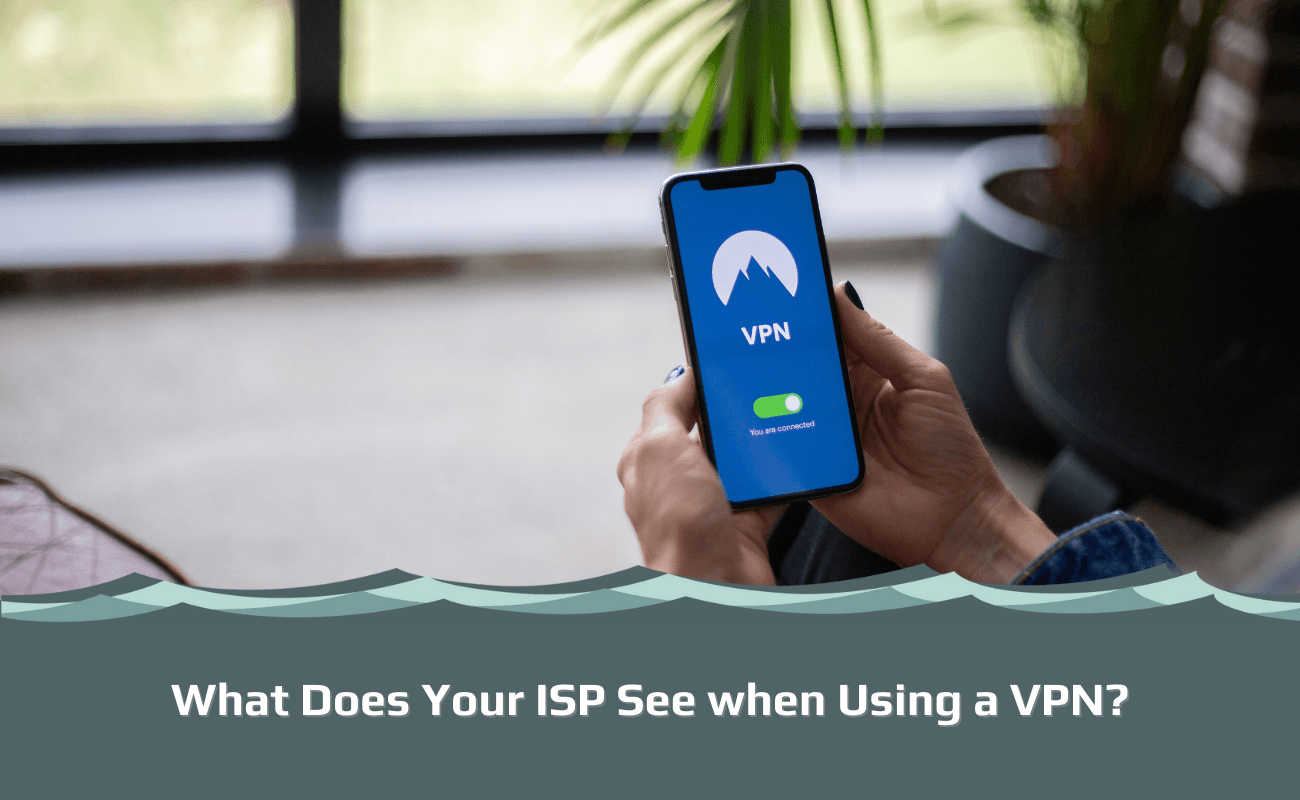 You might be wondering what your Internet Service Provider (ISP) sees when you use a VPN. Well, your ISP can see that you are using a VPN but it cannot see the contents of your VPN traffic. This is because your data is encrypted by the VPN service before being transmitted to its destination.

Here is everything you need to know about what a VPN hides from your ISP and how the VPN disguises your data so that your ISP doesn’t see anything.

What Does Your ISP See when You’re Using a VPN?

Essentially, your ISP sees nothing when you’re using a VPN. This is because the encryption process turns all of your traffic into indecipherable code which makes it unreadable for anyone who intercepts it while in transit.

Your VPN provider may have some information about this activity, such as knowing that you’re using a VPN in the first place, but it cannot see any personal or sensitive data that passes through their servers since everything is encrypted before being sent out onto the internet.

So, What Does a VPN Hide from Your ISP?

A VPN is a great tool if you are carrying out some secretive activity that you don’t want any third parties, including your ISP, to see. Here is just some of what a VPN hides:

With a VPN you can unblock websites that are only available in certain countries or regions around the world to allow for access from everywhere else. It’s also possible to use it if you want to unlock content on streaming sites like Netflix US or BBC iPlayer which usually shows different content than what is available in your country due to licensing issues. If you’re doing something like this, then your ISP won’t be able to tell since it is hidden,

Why Should You Hide Data from Your ISP with a VPN?

There are many reasons why you might want to hide data from your ISP, but here are just some of them:

It’s also worth noting that ISPs may use customer data themselves for monetary gain. This is another reason people want to use VPNs as they don’t want their personal privacy infringed upon.