Why Does My VPN Keep Disconnecting? 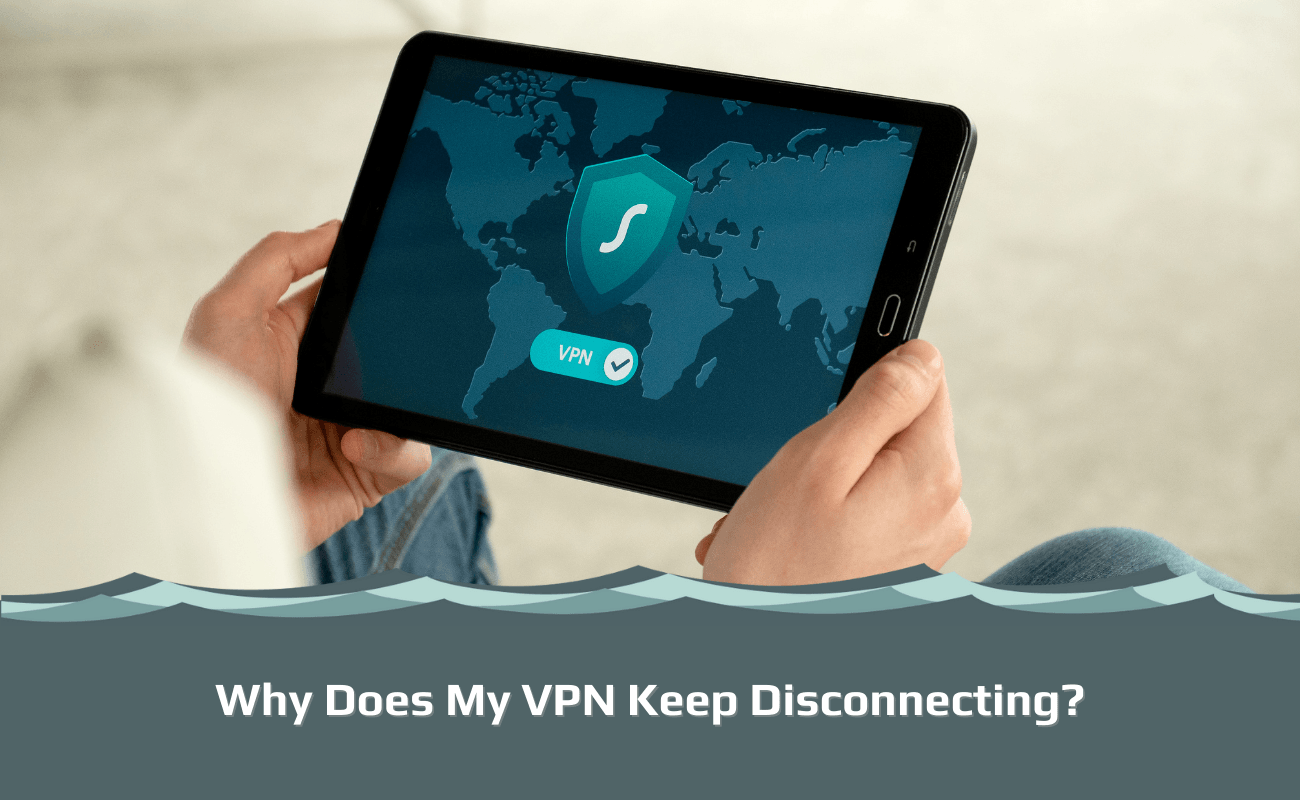 VPNs are a great way to protect your privacy and encrypt your data. They’re also a great way to bypass geographical restrictions on streaming video, gaming networks, and other services that you might want access to from outside the region they serve.

But even with all of the benefits that they bring, VPNs can still disconnect unexpectedly due to certain factors. Here we will discuss the reasons why this happens so you can take steps to prevent it!

Your Internet Connection Could be Weak

If your VPN connection keeps dropping, then there is a good chance that the problem lies in your internet.

This could be because you are on mobile data and it’s having issues with how much bandwidth is being used by other apps, programs, or services. There is also an outside chance that part of your network infrastructure isn’t able to support the VPN connection, which is why it keeps disconnecting.

It might also mean that you’re using public Wi-Fi which has weaker settings than home networks.

Another possibility for this issue arises when the device itself isn’t strong enough to connect securely through VPN protocols. This can happen if an older model of phone tries connecting via UDP rather than TCP so make sure all devices meet the minimum specs before trying to use them with a VPN service!

Too Many Other Programs are Running on Your Device

A VPN can only work as fast and efficiently as the device it is running on. If you have a lot of other programs open while using your VPN, then this will slow down how quickly data gets routed through to its final destination – which could lead to disconnection issues if there isn’t enough bandwidth for everything that’s going on in the background.

This means you should try closing out any apps or services not necessary for browsing before starting up your VPN.

You may also want to consider increasing the amount of RAM available on your device by adding an SD card or upgrading from one phone model to another (if possible). This may make a big difference in terms of smooth operation when attempting to use a connection!

Another reason why your VPN connection keeps disconnecting could be that it’s overloaded. A lot of people use the same server at once which can cause some problems for those trying to access the service, especially if they’re all on simultaneously!

This means you should consider using a different VPN provider with less popular servers – or even one in another geographical location altogether (if possible).

If none of these options are available then make sure you don’t connect when there is likely to be an influx of users; usually, early morning and mid-afternoon will both have fewer connections than late evening/night time hours.

You are Based Too Far Away from the VPN Server

If you’re using a VPN server that is too far away from your actual location, then this will increase the time it takes for data to get routed through. This could be why some of your traffic gets cut off while trying to connect – because there just isn’t enough bandwidth available!

The simplest way around this problem is to select a different VPN server nearer to where you are physically located.

We hope this information is helpful and will stop your VPN from disconnecting!